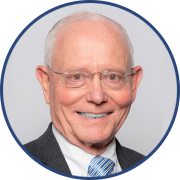 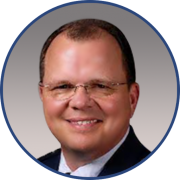 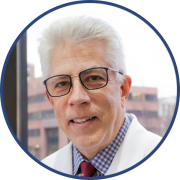 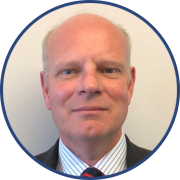 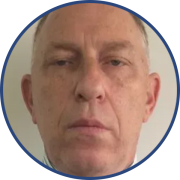 LTG (Dr) Peake commanded many US Army medical units, including leading the US Army Medical Department as Surgeon General during one of the most challenging times in its history, from the attacks of 11 September to the start of the wars in Iraq and Afghanistan. He was Commander, U.S. Army Medical Department Center and School and Installation Commander, Fort Sam Houston; Deputy Commander, U.S. Army Medical Command, Fort Sam Houston, Texas; Commanding General, Madigan Army Medical Center/Northwest Health Service Support Activity, Tacoma, Washington; Commanding General, 44th Medical Brigade/Corps Surgeon, XVIII Airborne Corps, Fort Bragg; and many more. After retiring, Dr. Peake has held many high-profile positions, including 6th United States Secretary of Veterans Affairs, and Executive Vice President and Chief Operating Officer of Project Hope, a non-profit international health foundation operating in more than 30 countries. He is currently the Senior Vice-President for the Health Industry at CGI Group Inc., one of the largest independent information technology and business process services firms in the world.

VADM (Dr). Faison served as the 38th Surgeon General of the US Navy. As Surgeon General (CEO), he was responsible for all medical care to the Navy, Marine Corps, and eligible beneficiaries, leading a global team of 67,000 caring for 2.6 million patients in 128 worldwide medical centers, hospitals, clinics, and two 1000 bed hospital ships with an annual operating budget of $9.6 billion and a global medical research enterprise with an annual research portfolio of $3.0 billion. He also led a global medical education enterprise of over 140 graduate education programs training over 1000 physicians per year as well as over 5,000 nurses, paraprofessionals, and medical technicians. After leaving military service, Dr. Faison served as the Senior Vice President at Cleveland State University where he led pandemic response for the university and all public universities in Ohio. He also led support operations to the Ohio Federal Mass Vaccination Center, among the largest in the nation. Today, Dr. Faison serves on several boards, is a distinguished professor of military medicine at the Uniformed Services University of the Health Sciences and teaches on the faculty at Wake Forest University in the Masters of Healthcare Leadership program.

LTG (Dr.) Charles B. Green served as the 20th Surgeon General of the United States Air Force, from 2009 to 2012. In this capacity, he advised the Secretary of the Air Force and Air Force Chief of Staff, as well as the Assistant Secretary of Defense for Health Affairs on matters pertaining to the medical aspects of the air expeditionary force and the health of Air Force personnel. Dr. Green had authority to commit resources worldwide for the Air Force Medical Service, to make decisions affecting the delivery of medical services, and to develop plans, programs and procedures to support worldwide medical service missions. He exercised direction, guidance and technical management of more than 42,800 people assigned to 75 medical facilities worldwide.

Dr. Green served as commander of three hospitals and Wilford Hall Medical Center. As command surgeon for three major commands, he planned joint medical response for operations Desert Thunder and Desert Fox and oversaw aeromedical evacuation for operations Enduring Freedom and Iraqi Freedom. An expert in disaster relief operations, he planned and led humanitarian relief efforts in the Philippines after the Baguio earthquake in 1990 and in support of Operation Fiery Vigil following the 1991 eruption of Mount Pinatubo. Dr. Green has also been the recipient of multiple service awards and decorations over his distinguished career.

After deploying for 10 years with the Joint Special Operations Command serving as a trauma surgeon, Colonel (Dr). Holcomb became Commander, US Army Institute of Surgical Research (USAISR) where he focused research efforts on improving combat casualty care. He also served as first Director of the Joint Trauma Training Center at Ben Taub Hospital in Houston where he developed combat trauma training, research and a simulation center; From 2002-2008 he was the trauma consultant to the US Army Surgeon General. He has been a member of the Committee on Tactical Combat Casualty Care since 2001. Today, Dr. Holcomb is actively involved in clinical medicine, education, research, entrepreneurship and a founder of a health IT company. He has received numerous and prestigious awards, reviews papers for more than 25 journals, has published 600 peer reviewed articles and serves on multiple boards.

LTG (Dr.) Bricknell has served in several of the most prominent medical military positions in the British Armed Forces, including Head of Medical Operations and Capability, Director of Medical Policy, Operations and Capability at the Ministry of Defence. In May 2018, Dr. Bricknell became Surgeon-General of the British Armed Forces with the rank of Lieutenant General. He was appointed a Companion of the Order of the Bath in the 2019 New Year Honors. In April 2019, Dr. Bricknell joined King’s College London as Professor of Conflict, Health and Military Medicine and is an advisor to their Centre for Military Ethics.

Colonel (Dr.) Ostfeld is a cardiothoracic surgeon and specialist in Health Administration. He graduated with honor from the Israeli Polytechnic Medical School, trained in cardiothoracic surgery at the Sheba Medical Center, Boston Children’s Hospital and UCLA Medical Center, USA. He also graduated with honor from Ben-Gurion University, attaining a master’s degree in Health Administration and completed his training in this field at the Israeli Ministry of Health. Dr. Ostfeld also holds a master’s degree in National Security and Political Sciences from the Israel Defense College and at Haifa University. Dr. Ostfeld is certified in CT Surgery, Heath Administration, and in Sea, Diving, Aviation, and Space medicine. Dr. Ostfeld served in the IDF as a medical commander and has vast experience in Special Forces and in tactical medicine, as well as in trauma and sport medicine. Dr. Ostfeld is also a Former Medical Director of Israel’s National Insurance Agency. He has a remarkable list of publications and speaking engagements on a wide range of trauma, disaster, and military medical topics.